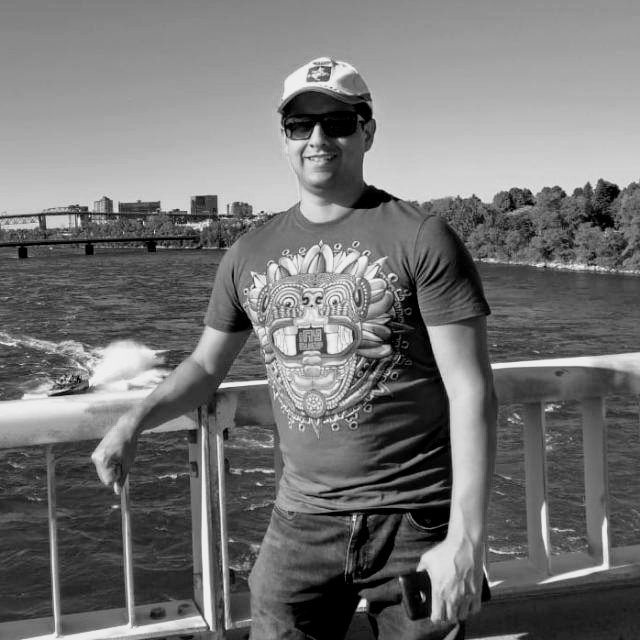 Check the demo and the GitHub repo.

Edit: Since the original post some readers brought to my attention a bug that yielded incorrect decoding. This is now fixed in release v0.1.2. Thanks to Martin Kavík and others for letting me know. I also added support to properly display multiple continuous space and new line chars in the decoded text in v0.1.3. You can check the details in the updates below.

Some days ago I came across Tim McNamara’s Rust Code Challenges, a great course by the way, where the final challenge is to develop a Vigenère cipher, which according to Wikipedia resisted all attempts to break it for 310 years.

After completing Tim’s challenge, I thought that deploying a real-time Vigenére cipher on the Web, and without touching a single line of JavaScript code would be a fun project.

Truth is, I loved it!

Quick summary of the Vigenére cipher

The algorithm has 6 steps:

Requirements for my implementation

This were my requirements for this implementation (at least for its v0.1.0):

Based on the requirements, I decided that the best technology stack for this project is the following:

This is a very powerful triad.

For a clear perspective, this is how all the pieces fit together:

These great benefit of this stack is that all the logic is coded in Rust, even the front-end HTML logic.

The front-end logic and UI elements

What really caught my attention with Sycamore is how straightforward it is to define the web user interface components and elements.

The user interface is handled through a view! Rust macro with no closing HTML tags:

This simplicity allowed me to create the initial boilerplate application, with placeholders, and project structure in minutes:

index.html: (the tiny one)

With this minimum of scaffolding we can now call Trunk with trunk serve --open, let it download, compile and bundle:

Trunk spawns a web server and opens the browser window to a fully reactive application written in Rust:

Boilerplate Reactive Web App in Rust with Sycamore and Trunk

And looking closely at the output from Trunk in the /dist/ directory:

We see the three files of the web application needed for any hosting service.

With this boilerplate web application the next step is to implement the actual Vigenére cipher logic in the cipher.rs, according to the 6 steps outlined above:

1. Define the ‘alphabet’ or ‘dictionary’

At least for an MVP v0.1.0 I have decided on all the non-control ASCII characters plus ‘\n’ and ‘\r’ which yields a set of 192 characters.

I am using an array of chars with a size defined by a const and wrapped by a tuple struct.

The reasoning of using a wrapper is because Arrays are always treated as foreign types and the wrap allow for the implementation of foreign traits on them, like std::fmt::Display.

The actual implementation for the DictWrap type is:

First, defining the actual set in a raw &str, converting to String to push both carriage return chars \n and \r and then populating the char array and wrap it with the struct tuple (the Newtype Pattern).

I’m including a get_string() method in order to return the array in String form in case is needed for rendering in HTML.

The next step is to create the Vigenére table or matrix with the cycled and shifted elements of the dictionary:

Again using the Newtype Pattern on the 2D array in order to have flexibility to implement foreign traits on it.

And the other interesting part is the use of the cycle iterator, which essentially repeats itself endlessly. With every new row in the for cycle the acc cycle iterator is shifting in the proper order.

4. Define a Message to encode / decode

This value is be provided dynamically by the user in the text field of the HTML:

On the cipher.rs side we will receive that value through the encode function as defined below.

5. Make the Key and Message have the same size

A function to adjust the size of a Key is defined as follows:

The interesting part here is again the use of the cycle iterator, in order to adjust the size of key as small or as large as the message size.

We define a function that receives a message, a key and a Vigenére Matrix and returns either a String with the encrypted message or an ErrorCode.

The fine part is the use of another function, called vig_matcher:

Which actually perform the match of each character between the Message and the Key by finding their indices in the Vigenére Matrix via an idx_finder function, that either returns an index for matching or an ErrorCode:

And now the Decode function:

It’s the reverse substitution from that of Encode and utilizing a char_finder function inside the Vigenére Matrix:

The function returns either the char or an ErrorCode.

The error codes are defined in the following Enum:

And that is pretty much all the encoding / decoding logic that is required.

Now, we just have to connect that logic with the web front-end and user interface elements defined in main.rs:

First declare and initialize the dictionary and the relevant reactive primitives via Sycamore signals:

The signals react as follows:

Next, we create a Sycamore memo which essentially recomputes derive values whenever a dependency changes. In this case if the phrase that the user is typing is not empty then we want to encode, decode and alter the signals real-time.

If it’s empty, then set the encoded, decoded and warning signals empty as well.

If any of the signals has changed, then the display messages need to change accordingly:

Next, we can update the view! macro to make it a little more attractive with minimum CSS and use a textarea for the user input:

And we can include a CSS library, in this case Water.css, and a icon of Ferris the crab the header of our tiny HTML:

When serving with Trunk we see the results in the browser:

Finally, we can follow Sycamore recommendations to optimize the Wasm binary size:

And build with --release flag in Trunk:

Which yields the following in /dist/ ready to be hosted:

The full web application, including the icon of Ferris the crab, is less than 105kb. Pretty nice!

And the result is:

I definitely look forward to implementing other Rust projects with Sycamore + Trunk + WebAssembly in the future.

Don’t forget to check the demo and the GitHub repository.

There was an issue that in some cases yielded an incorrect decoded text. This was because:

The supported list of characters in the dictionary is not affected.

The issue was corrected in release v0.1.2.

In v0.1.3 support was added for properly displaying continuous space characters and carriage return / new lines in the decoded text.

To accomplish it, a new function named decode_web() was included.

decode_web calls the original decode() function, then loops through the text and inserts an &nbsp; or a <br> if it finds a space ' ' or a '\r' or \n characters, respectively:

And then in src/main.rs, the following updates were implemented:

After applying these changes this is the result: